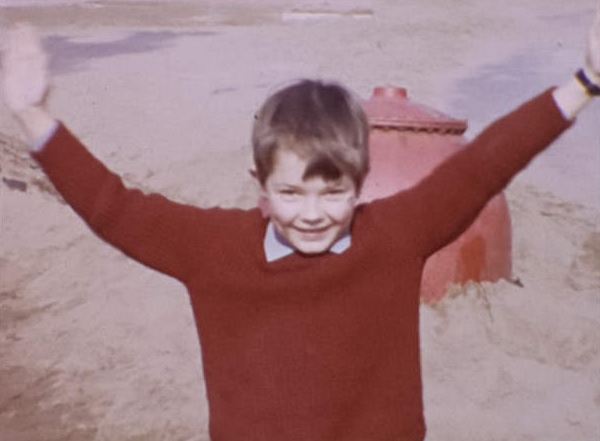 Remember when it took a major event to get the movie camera out? Nowadays we take for granted that we will have a recording device with us at all times – that smart phone in your pocket could capture the next big news story… The sea mine in the photo was on Bude beach in North Devon, my father was evacuated there in the war and we were regular visitors to the beaches there. He had his camera, I messed about on the beach, a dog peed on the mine… just another average day !

This still frame was taken from some standard 8mm film that was shot with a very basic camera while I was skateboarding down the path to where the mine was standing. Its amazing how much information is in such a small movie cell.

We can supply a full set of the still images that make up your movie or pick one for you and print using our high resolution 10 ink printer.